Back to auction
You'll need to Sign in or Create a free account before bidding.
PrevLot 8 - Colin Middleton 9 / 82 Next Lot 10 - William Scott 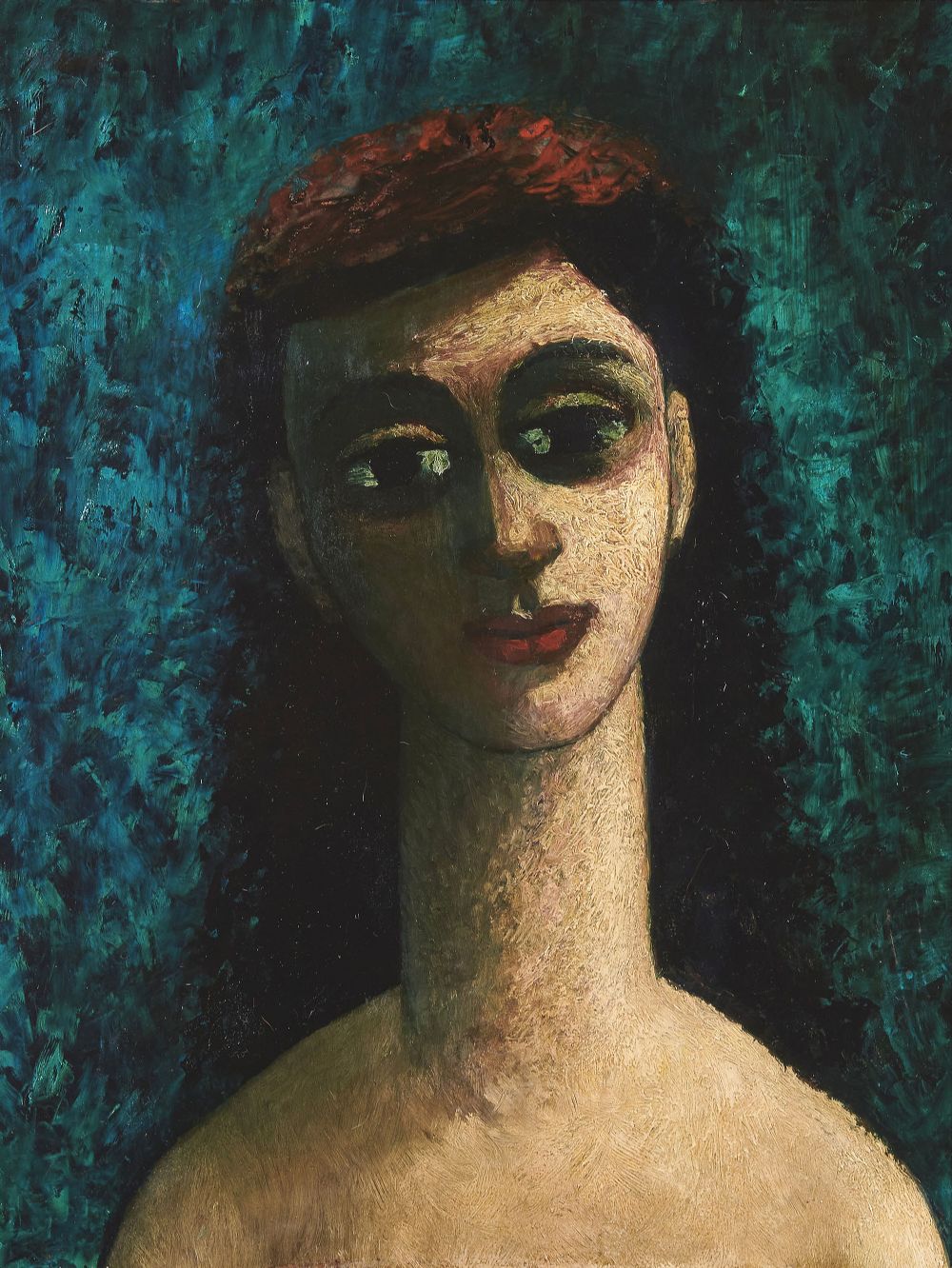 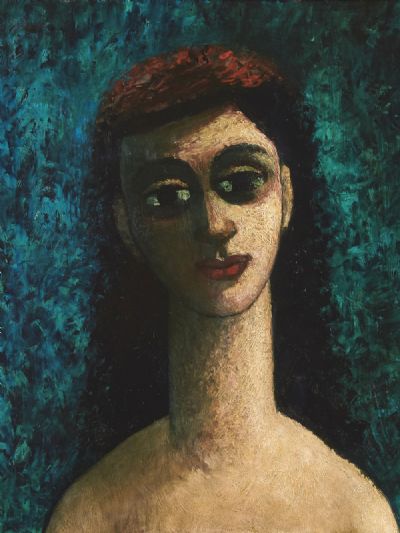 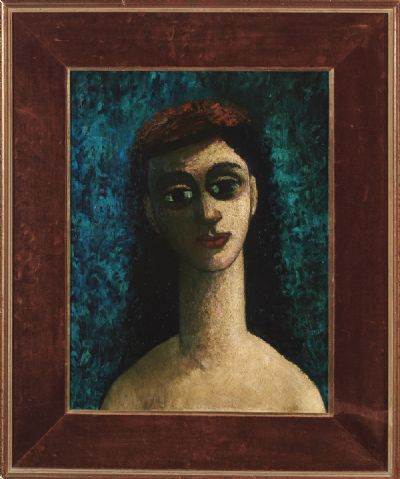 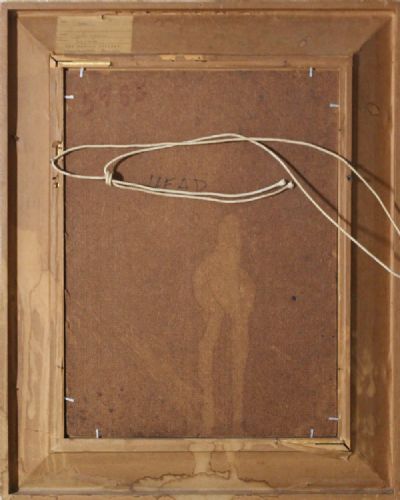 Daniel O'Neill was theÂ  youngest Â son of Frank and Mary O'Neill from the Springfield Road i... Read more

Daniel O'Neill was theÂ  youngest Â son of Frank and Mary O'Neill from the Springfield Road in Belfast. Â From 1939-1945 he worked as an electrician in Belfast until he received a gallery contract from Victor Waddington which resulted in his first one-man show at his gallery in South Anne Street in Dublin in 1946.Â  Mary O'Neill adored her only son and was probably the first to notice her son's different perception of the world when he started to paint, Â 'While other children light-heartedly drew cowboys and Indians, he was intensely seriousÂ  and painted lofty castles defended by knights inÂ  shiningÂ  armourâ¦and always wanted to draw from life.' Â Â The death of a sister and the death of familyÂ  members during the BelfastÂ  Blitz cast a long shadow over his perception of the world. Â Â The Dawson street label attached to this painting points to it dating from the early 1960s, when the Dublin dealer, Leo Smith was exhibiting his paintings.Â  'Head' shows a woman with large eyes, Â long neck, pale complexion, bare shoulders framed by a mane of loose black hair alluding to the Italian painter Amedeo Modigliani whose modern style was characterised by surreal elongated faces and necks. Â

International Modernism, prevalent in London during the 1960s seemed of little interest to O'Neill who was struggling to settle in the city after living near Tyrella beach in County Down. Â His early London pictures focus on the figure of his partner, Maureen, but this head doesn't resemble her appearance which suggest it may be someone else he knew at the time.Â  Many aspects of the painters life remained enigmatic during this periodÂ  as his visits to Ireland became less frequent.Â Â  It is possible this work was one of several works entitled 'Head' Â at the Dawson gallery exhibitions by the painter in 1960 or 1963 but catalogue details and newspaper descriptions are scant and don't give us any further help with this work. Â Â Â OneÂ  critic made a general comment on his figures of women stating that his 1960 show Â was preoccupied with dark eyed women who inhabited a magic world and in 1963 a writer noted O'Neill's Â half-length figures were painted in simple tones with little detail.Â  The Belfast writer, Gerard Keenan (1927-2015) told this writer thatÂ  Daniel O'Neill visited the Tate Gallery in Millbank in London during the 1960s which implies he most likely viewed the popular exhibition of selected works by AmedeoÂ  Modigliani and Chaim Soutine, 'Modigliani &Â  Soutine' Â arranged by the Arts council of Great Britain in association with the Edinburgh Festival Society.Â  The painter mostÂ  likely first saw the Italian's work in the Irish Exhibition ofÂ  Living Art (IELA) in 1948 when the Bromford Collection of European works which included Modigliani's paintings were shown in Dublin. Â Â

A retrospective exhibition of Daniel O'Neill at OPW's Farmleigh gallery will take place in March 2022.Â  An exhibition to celebrate the Centenary of O'Neill's birth was postponed in May and November 2020 due to the pandemic restrictions.Â  Two Paintings from the collection of the Museum of Modern Art (IMMA), 'Modigliani Land' and 'Soutine's Sister' which are included in the exhibition and illustrated in the accompanying book, 'Daniel O'Neill, Romanticism & Friendships' which would seem to underline the influence of the 1963 exhibition at the Tate Gallery on O'Neill's work. Â Â