Back to auction
You'll need to Sign in or Create a free account before bidding.
PrevLot 10 - William Scott 11 / 82 Next Lot 12 - Sir William Orpen 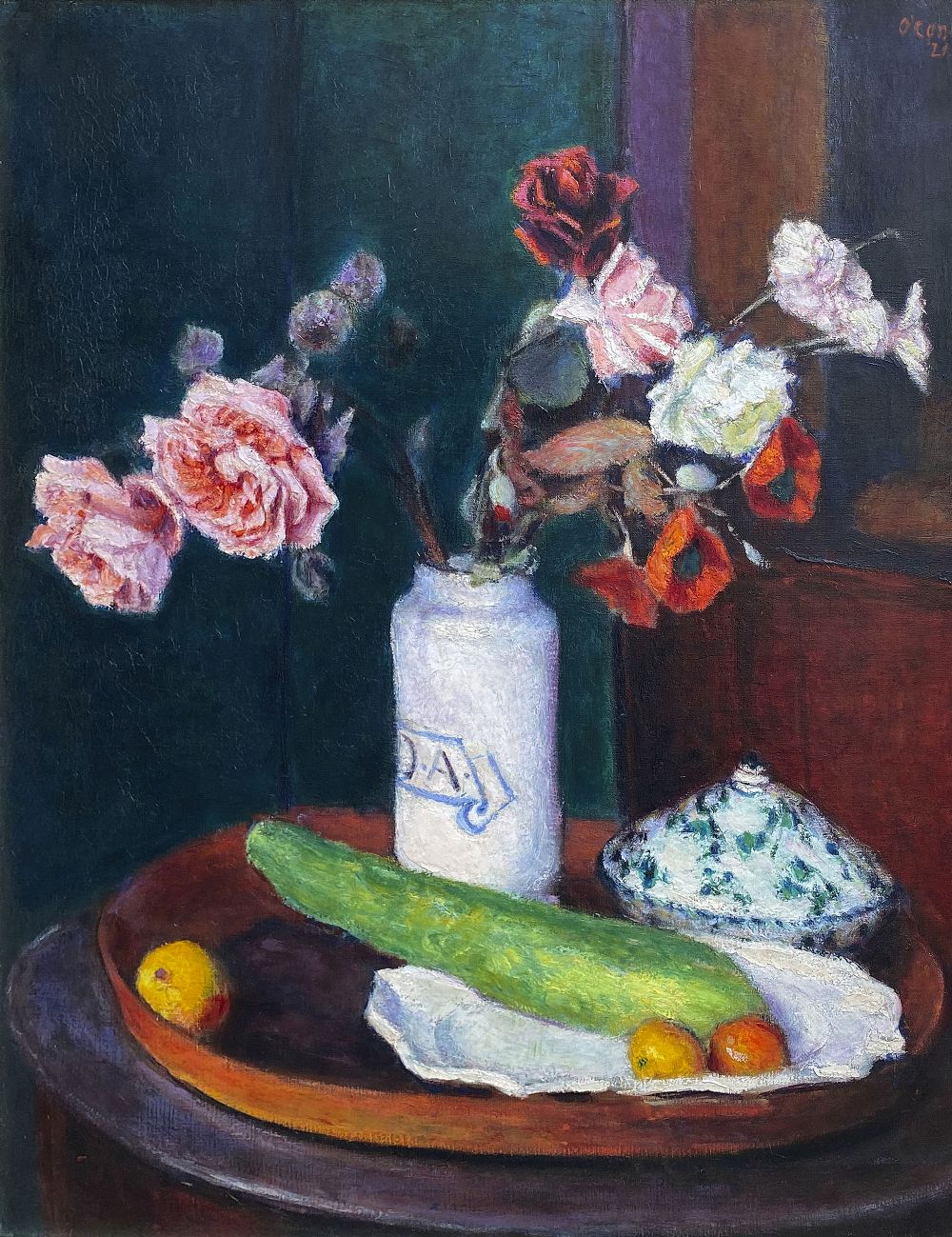 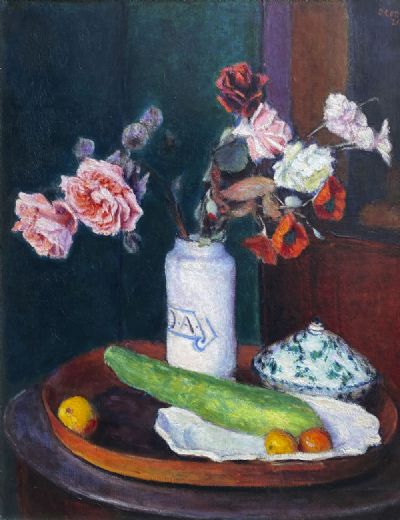 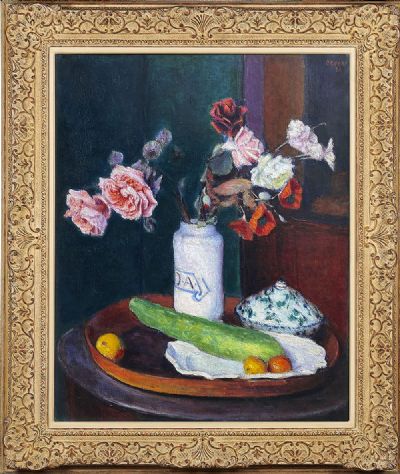 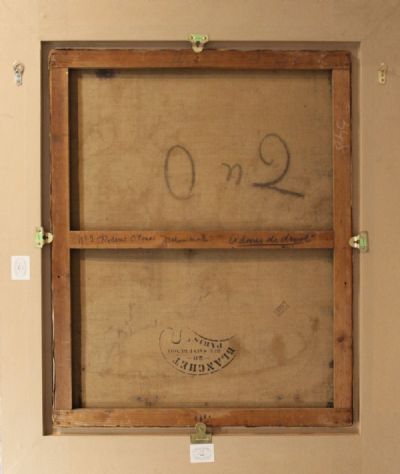 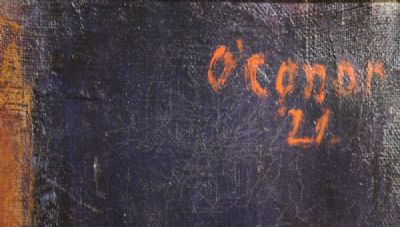 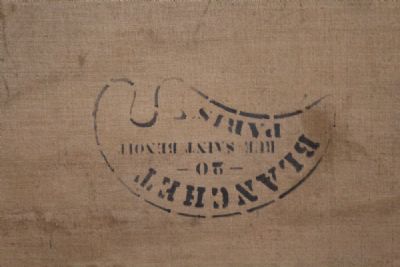 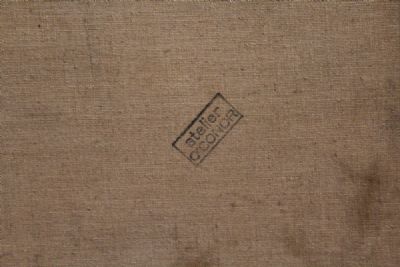 Between 1919 and 1935, forty-six percent of Roderic O'Conor's exhibited pictures consisted of still lifes, a statistic that demonstrates the increasing importance he attached to this subject as his career developed. The confines of his courtyard studio at 102 Rue du Cherche-midi became his creative world, and instead of continuing to paint landscapes, he switched over almost entirely to producing paintings of clothed and unclothed female models, as well as compositions featuring cut flowers, fruit, vegetables, and ceramic items from China, Brittany and the Netherlands. These he arranged next to his large studio windows with all the skills of a theatrical set designer, choosing the objects, colours and shapes carefully, ensuring the balance of light and shade was just right, and often abandoning pictures that failed to satisfy him. Those such asÂ Nature morteÂ that made it into exhibitions were painted in a style best described as expressive realism, influenced by Rembrandt's and Chardin's love of everyday objects, but with a leaning towards the freer handling of paint favoured by School of Paris artists such as ChaÃ¯m Soutine, Pinchus KremÃ¨gne and Ortiz de Zarate.

The present work has been painted on a size 30 French canvas, which was large by O'Conor's standards. It features roses, poppies, a cucumber, a tureen, a scalloped serving dish and a delft apothecary's jar. The artist has arranged these items with consummate skill, such that the pale objects in the foreground radiate light and colour through being set against a very dark background. The cucumber that traverses the circular wooden tray forms a diagonal, lending greater depth to the picture in the same way that Manet and Cezanne would place a silver knife overhanging the table edge in their still lifes. However, in O'Conor'sÂ Nature morteÂ not quite everything has been coaxed out of the darkness to stand out distinctly and clearly: the leaves and flower stems of the two pink roses to the left are caught in the half light - a state that O'Conor captures with soft, feathered brushstrokes, contrasting with the assertive sweeps of the palette knife reserved for the blooms themselves.Â

O'Conor's young mistress Renee Honta (1894 - 1955) often advised her partner to eat healthily, recommending plenty of fresh fruit and vegetables and that he should come off meat temporarily. His attempts at compliance are evident from the letters he sent her when she was painting in the country, and they would post each other gifts such as a box of watercolours (him to her) and a large packet of butter (her to him). His comments indicate that he was well practiced at sourcing his own fruit and vegetables, not just for sustenance, but also for his still lifes, no doubt taking his pick from one of the many Parisian street markets. InÂ Nature morteÂ he has set their green, orange, red, pink and yellow accents off against a group of plain ceramics with white glazes and restrained decoration. That the result pleased him is confirmed by the fact that he placed it on public exhibition just a few months after the paint had dried.