Back to auction
You'll need to Sign in or Create a free account before bidding.
PrevLot 7 - Colin Middleton 8 / 82 Next Lot 9 - Daniel O'Neill 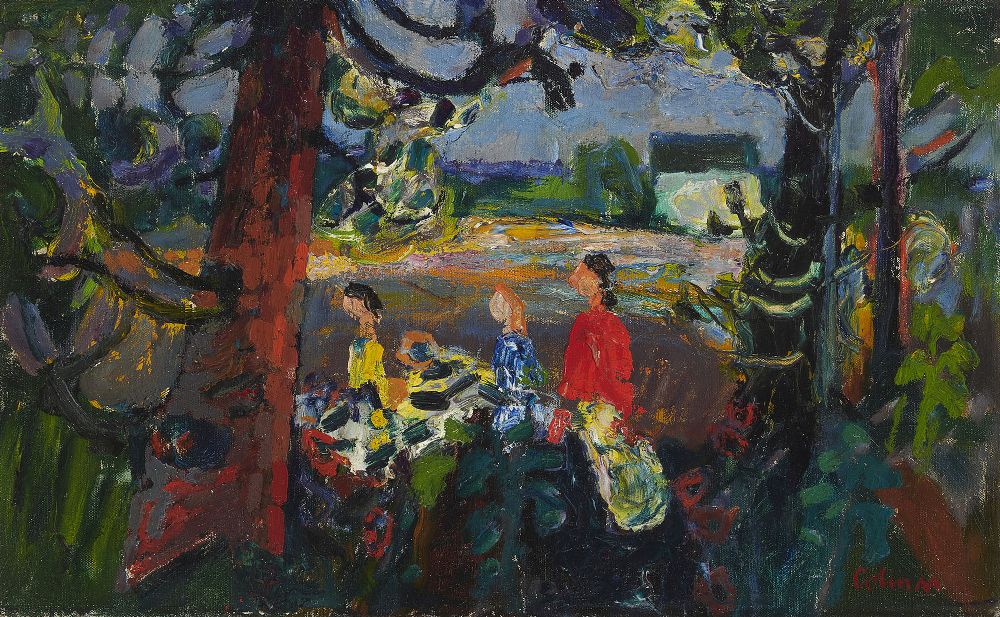 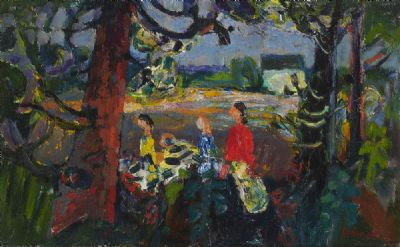 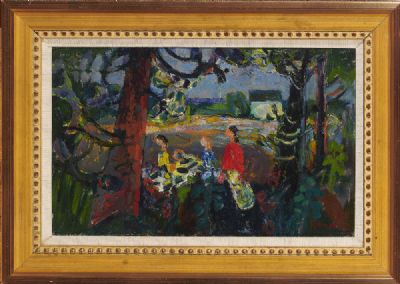 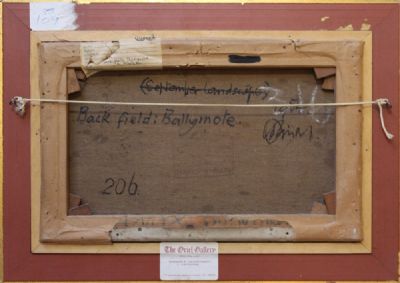 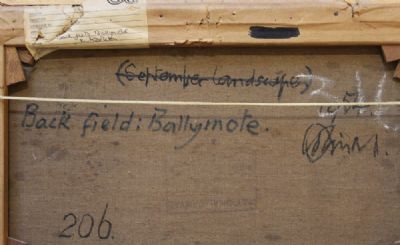 In the summer of 1951 Colin Middleton moved with his family from Strangford to Ballymote House, near Downpatrick. Kathleen Middleton's father wrote in his diary, 'Kate has gone to Ballymote House', which he described as a 'large, square, glass-portico-ed house in the midst of neglected garden and woodland.'[1]

A number of significant paintings inspired by the local landscape were completed while they were living there, including Charlock, Ballymote (Ferens Art Gallery) and September Evening, Ballymote (National Museums Northern Ireland), but it is notable that in Back Field, Ballymote Middleton has returned to a subject based on their time there a couple of years after they left there, perhaps deriving the image from a drawing made while they were living at Ballymote House, or else returning to an earlier canvas that had not been completed (interestingly, Middleton had started work on a major figure painting Hunter's Moon, Ballymote (NMNI) in 1951 but then had only completed it in 1954).

While Middleton's paintings often celebrate the landscape without the presence of figures, there is more suggestion of a narrative in the present work, possibly a recollection of a family walk. The figures are loosely described but they could perhaps be read as their two eldest daughters, Alison and Peggy, and perhaps their son, John, walking between them, as well as Kathleen in the figure to the right, possibly with a baby, their daughter Jane, who would have been around one at this time.

They appear to have only stayed a short time at Ballymote House and there is some mystery about the move there and their subsequent departure. In February 1952, their friend Bruce Barr wrote to Kathleen, 'I'm still racked with curiosity about the abandonment of Ballymote.'[2] Middleton clearly continued to remember this landscape with pleasure, writing during a train journey from Scotland to London in 1954 to see his two-person exhibition with Daniel O'Neill at the Tooth Gallery, 'the entire landscape looks very ordinary after living in Ardglass and Ballymote.'[3]