Back to auction
You'll need to Sign in or Create a free account before bidding.
PrevLot 9 - Daniel O'Neill 10 / 82 Next Lot 11 - Roderic O'Conor 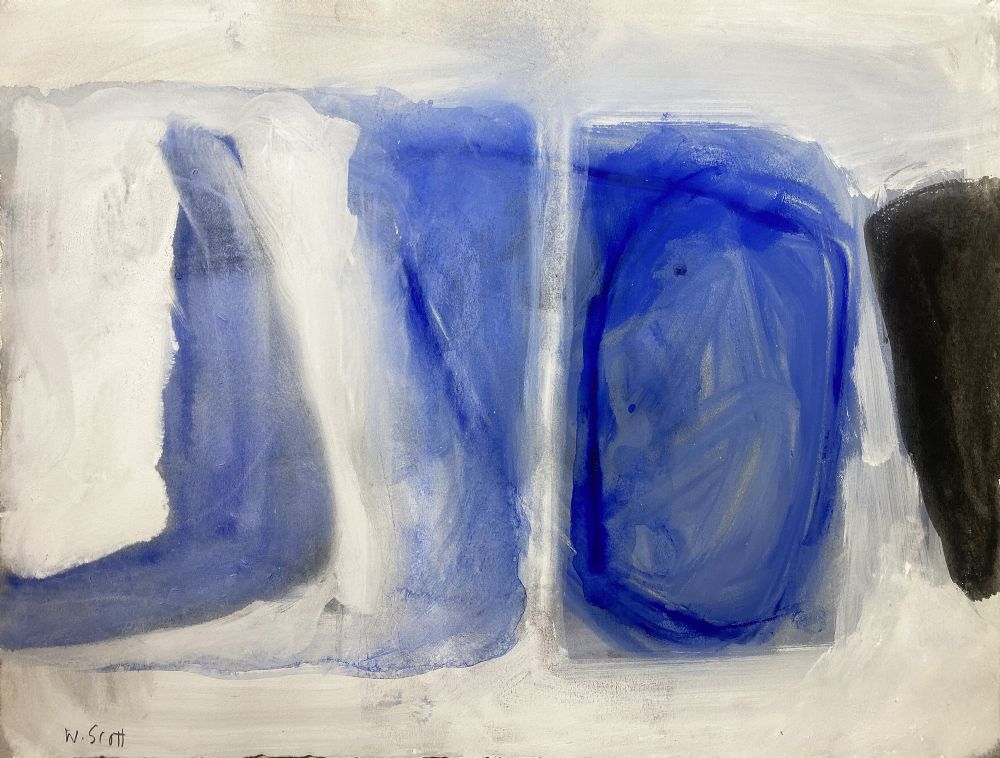 Literature: This work is registered in the William Scott Archive as number 2038.

William Scott, one of the few Irish artists who is recognised and collected internationally, was influenced by Abstract Expressionism but was constantly drawn back to European-based figuration,Â Â focussing on simple still life subjects. The swings from figuration to complete abstraction were part and parcel of his work. The period from 1958-1962 is characterised by very sensuous painterly abstractions with rich surfaces, their subjects having only the most tenuous links to the observed world. One can see this inÂ Composition, where pared down shapes float on a watery ground.

Scott's paintings are all about creating visual tension that activates the picture surface. In this one, he cleverly plays with 'positive' and 'negative' so that on the left, a white rectangle reads as a solid positive shape surrounded by a blue background (negative space). Scott imperceptibly shifts this, so that on the right we read the bold blue solid shape as positive, surrounded by a white (negative) background. We may not even notice this visual device, nor are we meant to. The whole point is to create a visual dialogue between elements that animates a simple composition, infusing it with visual tension. The result is a bold and dramatic work that inexplicably holds our attention.Â Â A bonus in this piece is the predominance of a rich, deep blue, a shade which is associated with Scott's most sought after pieces.