Back to auction
You'll need to Sign in or Create a free account before bidding.
PrevLot 65 - CHARLES AND RAY EAMES, FOR VITRA, 49 / 106 Next Lot 67 - Sonja Landweer 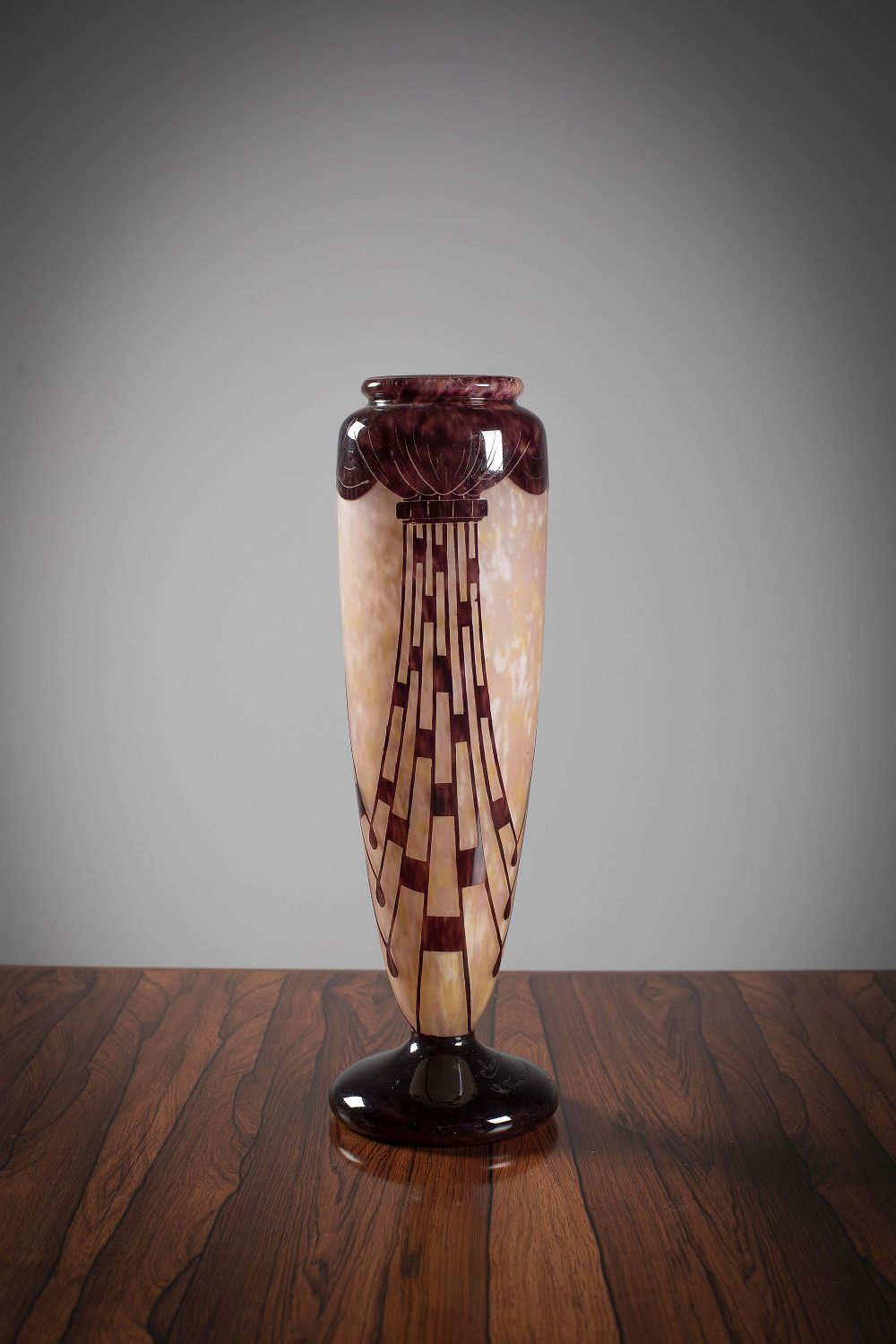 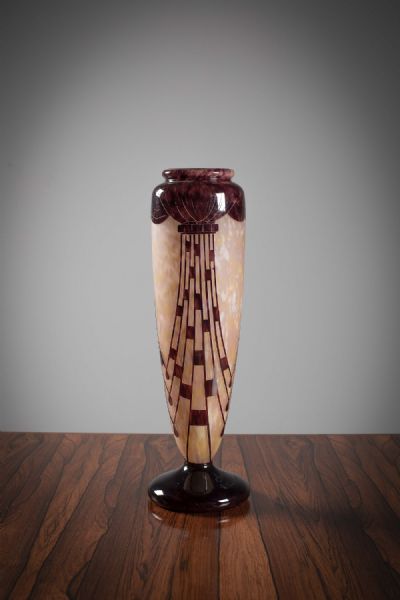 Le Verre Francais was a special line of art glass designs made by the Schneider Glassworks in France between 1918 and 1932. The name was used by the Schneiders for 2 or 3-layered cameo glass vases, bowls, ewers, lamps etc. in a style which combined art deco and art nouveau features.

This line was first introduced in 1918 and was sold in their own retail gallery in Paris, run by their sister Ernestine. Le Verre Francais glass was also sold through major department stores in Paris and in the USA and Europe.

The signature Charder was always used in addition to Le Verre Francais (an amalgam of CHAR from Charles and DER from Schneider).

Please note: Each lot will close numerically. If there is late bidding the time may be extended which could delay subsequent lots.

In order to allow rival bidders the opportunity to respond to a late bid the following extensions will apply:
IF A BID IS RECEIVED IN THE FINAL 45 SECONDS OF THE COUNTDOWN THE CLOCK WILL RESET TO 60 SECONDS.

For the upcoming auction on June 22nd, the lots will commence closing at 6pm. Lot 1 will close at 6pm with each subsequent lot closing at 45 second intervals.